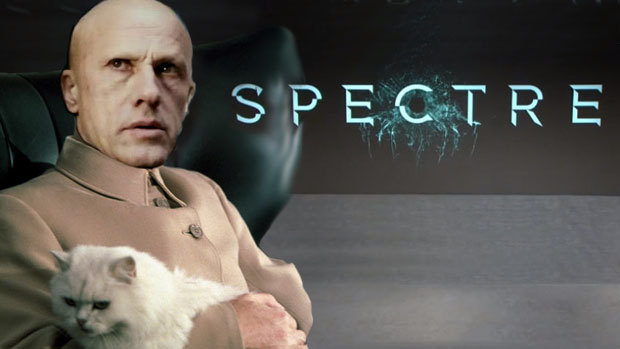 Indeed, Bond enthusiasts, what the hell happened here? Is this what we call a disappointment? Like, Ghostbusters 2 or Back to the Future 3 or Godfather 3 level of disappointment? My fellow fans, we were blessed with a film of late called Skyfall, in which we were rewarded for enduring the heavily Bourne influenced, seriously miscalculated Quantum of Solace. Some eagerly experienced their fantasy of witnessing Javier Bardem as a Bond villain, some were astonished that a franchise built on an alcoholic misogynist was able to turn into an edgy, consequential piece of entertainment: where the stakes were higher than usual and everything ends rather sad for our hero. In turn, Skyfall made $1.1 billion worldwide and warmed the hearts of pretentious, pedantic critics.

Lol, were we watching the same movie?

WOW, HOW BOLD AND EDGY OF YOU TO THROW FREUD’S NAME IN THERE. FOR A BOND REVIEW. BRAVO.

Now, the director of Skyfall defecates a bit on that success and throws it in a blender with the two other Craig flicks and creates….Spectre!  This new, unwelcome addition to the Craig collection manages to be a on a level where Quantum of Solace never existed and instead replaces that quality of film with the camera lens and grittiness of Skyfall. Ladies and Gentleman, how did we get here? Wasn’t this supposed to be on par with Skyfall?! The agony. Fortunately, I don’t care enough about what exactly goes into making a Bond feature. No-not as much as I care about humoring you with some exceptional suggestions on what coulda been done betta: (SPOILERS, DAWG. SPOILERS)

Daniel Craig breaking the fourth wall and formally renouncing his role as Bond:

Followed by cuts of “Mr. Craig flipping the bird” interwoven with the action scenes. Seriously, we needed stronger, more obvious indications of Craig’s dormant exercise as the timeless Bond character. Daniel Craig has been through a lot. He’s had enough. Just check out this riveting excerpt from his interview with a questionable, hilarious news source named Red Bull Bulletin:

THE RED BULLETIN: What could we learn from James Bond that would help us in our day-to-day lives?

DANIEL CRAIG: [Thinks for a short while.] Nothing.

Incredible. You can check out the revealing, thought-provoking interview right here.

Damn. Such a way with words.

We needed more than just three other movies to provide an entire premise to Craig’s last outing as Bond. Why not ALL THE BOND FILMS? Why not have all of the bond actors show up to just mind-fuck the audience? Why not have all of the villains reprise their roles to battle the army of Bonds. A little 40+ v. 7 here, respectively? Really, it’s not enough that Oberhauser’s (Christoph Waltz) devious motivation is a culmination of three Daniel Craig films in order to remind the audience that there were some better and worse entries before this one! And he manages to fit into EVERYTHING BEFORE THIS PRECISE MOMENT. Because WHY NOT. We need all of the Bond features. It is only then that we have what we call a gargantuanfecta of factors that settle into this villain’s personal vendetta. Aside from his way too conspicuous, mischievous appearance, we need more information.

Although, we could trim it down to a more engrossing, unique background that offered something other than a banal side story that involves a surveillance program and a cutting-edge organization becoming obsolete, kneeling before the the idea of the DYSTOPIAN FUTURE. Nahhhh. Oh, and why not throw in the Orwellian reference as well (Checkmate forever, NEW YORKER).

It really can’t get more subtle than this:

Bond Woman (people, get it right): What do we do now?

Guys, we need more of this. We needed more of this. It was the very least we deserved for this inexcusable entry. There was also a scene where Bond practically throws himself on a grieving widow (or was she?) in order to receive vital information. As if that wasn’t enough-BOOM! SEX SCENE! PERFECT, GOT SOME PRECEDENT SEX SAUCE FOR THAT OTHER SCENE. NEEDED CONTEXT. GOT THE CONTEXT. SUCCESS.

Is there any way we can make a different kind of romance come to life? Please. We eventually only settle for such that remind ourselves of what Bond used to be. Not what he might be. Cue mournful Skyfall tears.

Did Léa Seydoux’s character need a single reason to get in bed with Bond and exclaim her love for him in a harrowing, climax (literally, she says, “I love you”)? Absolutely not. Therein lies the problem. Not enough of this.

And here he is after the explosion: 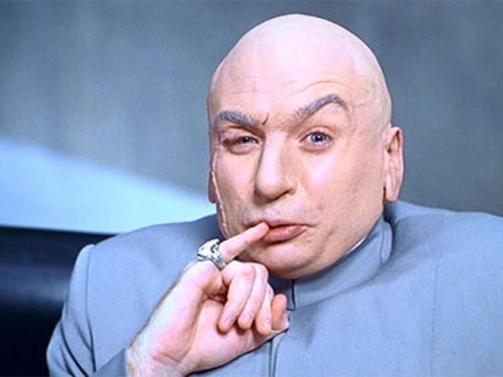 I mean, why hide your true colors?